Per my last post, the city of Hartford almost made up for their lack of follow-through on how to use a guy like me.

The hottest of the bunch - and my earliest cancellation - redeemed himself yesterday morning after me posting here. He called at 7:15a and asked if I was still available. I said I had to leave my hotel by 8:30. He told me that after showering he could be there in 15 minutes. I told him to fuckin' skip the shower.

I should mention that being pressed for time before my meetings, and not sure if he'd flake - I showered and suited-up. I had just adjusted my tie when there was a knock at the door.
The man showed up in 20 minutes and ready for action. He was as hot as his pic. 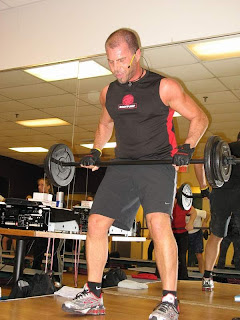 And his dick looked better in person.

The meat just kind of kept growing to about 8" and widening closer to the head, and tapered only slightly as it went to the base. It was a mouthful, but rest assured, I took him to the short hairs and he fuckin' loved it.

He claims to have loved my mouth. I know I loved his cock. He easily fed into my compliments of his dick and body. Look at that top pic - you know guys like that. They dig being told how hot they are. He readily acknowledged that many guys would like to be with him - but also said, 'but you're the one who gets it!'. ...and don't I know it.

I will say - he had the oddest sack I had ever tasted. The texture was unlike anything I had ever felt. Rough, weathered, more than wrinkled....the lines were deeper than that. Though he was well defined, he wasn't overly built up - but I'm not discounting steroid usage at some point. It's all I could think of.

Whatever it was didn't keep his cock down nor did it impact his load. It was a huge load that he just kept emptying into my mouth. "Here's your protien breakfast" he said. Not bad. I've heard worse.

Of course, then I took it out of my mouth and I squeezed the shaft to get out even the last drops. I'd never miss one on purpose.

I stood up and told him I would keep that load in my mouth as long as possible. No coffee. No water. No nothin'. I wanted to go to my meeting with his sperm on my breath. And I did.

He was SO worth it. He made the trip to Hartford worth it.
Posted by BikeGuy at 1:19 PM 2 comments:

You Don't Always Get What You Want

People have asked me why I double book "dates"*

It is because so many guys who say they need it so badly are and can be flakes. Sometimes I go to great lengths to get the word out there that I'm coming to someone's fair city. Craigslist. Manhunt. Men4SexNow. Gay.com. You name it. I always have a list of names (albeit screen ones), emails and sometimes cells. Sometimes I even have dates and times of our supposed encounters. It always falls to shit. Usually not do to my schedule.

Case in point - I'm in Hartford last night and had a good 8-9 people on the books. I am only here for one night. Though 8-9 would be excellent, I was hoping that would render me 2. I was that lucky....but not from those 8-9. Each one of those cancelled, wanted to rearrange tiimes ('can we make it 3:00a when I get off work?' Um......NO!). The best i guess is just the in-the-moment guys. The ones on line who are needing it immediately. Those are the two I got.

One was a guy who ended up being more sub than he ever portrayed. How sub? As soon as he walked in he went right down to my new Nunn-Bush black loafers and started licking them. Smelling them. Kissing them. And that made him rock hard. I could see it through his pants. That went on w/my socks and then my feet. It's safe to say he's probably watched the movie 'In Her Shoes' more than once. 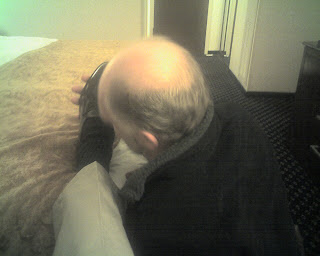 I'll give him this - he had a great mouth. Usually guys who play w/my feet make me feel tickled, which I don't care for. He was very sensuous. He got me hard. He even sucked my dick - and pretty good too. But he didn't get me off. HE got off by sniffing the inside of my new loafer. Great for him! NOT!!!!

The second guy wasn't much better. A decent looking Manhunt 24 yo. 7" u/c dick. Ok, I'm digging it. I haven't had someone that young in I dont' know how long. Think of the guy who played Jess on "Gilmore Girls" who is now in the Rocky movie and the show "Heroes" - only dirtier....and nellier. Decent dick except for one thing. He smokes.

I know my last post had a smoking aspect to it. I'm not that into them, but I dont' turn them away. Actually, I love a man w/a cigar clasped in his jaw as he fucks my face or ass. But clearly this guy is a heavy-ish smoker and likes to stroke his cock with the same hand he holds his cigarette with. I'm not all that turned on by the taste of a nicotine dick. But I did him. I had to. I NEEDED it.

The rest of the evening was pretty much of a bust. I looked for cock in vain. I wanted in vein!

I'm in Hartford to interview. If I take this job, I'll be traveling more and more - which I like. But I GOTTA find a better way to use my time to score cock!

* Does not denote dinner and a movie, unless me putting out is the show and me eating their load is dinner!
Posted by BikeGuy at 6:13 AM 1 comment:

So yesterday I went back to the park to see what there was to see. It took me all of about 2 minutes to have someone zero in on me. Though to be fair, I would have done the same to him anyway. Goateed semi-stud in a Ford F150. Even a somewhat nelly man can look butcher if in a real pick-up truck.

This guy had short cropped hair under his ballcap and blue mirrored sunglasses, even though it was greyer than anything outside. I was down with it. He pulled it off.

After rolling down the windows to our vehicles, we danced around the reason we were there. Sometimes you always talk in generalities in case they are the law. He asked what I was looking for and I told him I was good with my mouth. His response was, "for talkin'?". I said 'hardly'.

He followed up with 'What kind of mouth is it? Bad? Good? Great?'. I told him no one has ever told me 'bad' and usually got good to great ratings. I asked what kind of load he had. He said he had a big dick. I said, 'that's nice, but what kind of LOAD do you have? The load is more important to me than the dick.'. He said he hadn't come since last Thursday, making this a 4 day load. He said to follow him. I did.

He loved how I enveloped his entire cock in my mouth and took him to the base. He wasn't horribly aggressive. I did expect hands on my head or back of the neck - but got none of that. I got no hip action of him feeding me either. He wasn't too verbal - at least in talking down to me. I got moans and groans. Some "oh yeahs".

I had tried to prompt him to say he was gonna shoot it down my throat. All I ever got is - wherever you want it I'll do it. Frustrating for a cocksucker who likes to be given direction, even if I have to start the process. I finally said, I want it in my mouth so I can swallow every drop. Some guys need step by step instructions. Oy.

But in about 15 minutes time, I got him close enough that he had had to nut. And I caught it all. I was expecting more after four days of no ejaculation - but such is the dilemna of the slut, always wanting more. Always.

I stayed on him and milked out every drop. I pulled off and stood up and he kind of shocked me / kind of made me laugh when he said, "the bathroom is right there!". I looked at him and said, "I don't need a bathroom!!!". Obviously he didn't take me at my word about swallowing every drop. I think he thought i was gonna spit it out.

I was in the need for some kind of action. Being an extremely mild winter, I figured there would be people at one of the parks. I wasn't disappointed.

We stood there for a few minutes assessing each other. Shirts came off. Pants were dropped to the knees or ankles - depending on which one you were. His hands found my nipples - which is always a weak spot for me. And he knew just how to play them - not too hard, not too soft. I didn't say it verbally, but whatever he wanted, he could have had.

He grabbed my dick and then went to down to my nuts - it was all good. Then he every so slightly ran his hand at my taint and back to my hole. I'm guessing by gauging my response he knew he had me. He proceeded to do it 3-4 more times. With a clasp on my neck I went to his knees, but we both knew this was a just foreplay. He had a nice 7" THICK dick. Metal cockring surrounded his nuts. His full full nuts. He volunteered he hadn't shot in 5 days. Bonus for me.

He did surprise me after pulling off my 501s to going down and eating my ass. Not licking - but actually really going to town on it. I let him. Then a finger went in me. Then a thumb. I faux naively asked him what he thought he was doing. He told me he was fucking my ass. I told him needed to learn a thing or two about fucking then.

Taking the bait he dragged me back to a bed that was set up in his porn room. From a drawer he pulled out a bottle of lube and slathered my hole and his cock up. I was all to willing to let this ex-marine push my legs back and punch the head of his cock into me. It'd been a little while since I got fucked, so I felt it. No time to pull out any poppers, let alone inhale them, so chemicals to help relax. But I took it like a champ. I had to. I needed to.

He definately knew how to fuck and before I knew it he was on the edge. His shouting probably could have alerted neighbors - neither of us cared. He just unloaded and I took it.

The guy certainly meant well. He then lubed up my dick and wanted to stroke me off. A noble effort, but it wasn't the way I was looking to get off. I'm not sure hot I wanted to, but dumping my seed on my hairy torso wasn't the way i was thinking.

Hopefully, I'll figure that part out tomorrow. Tonite, but butt is a little sore but in a good way.
Posted by BikeGuy at 5:02 PM 1 comment: