He hit me up on one of the apps.  He was cute and Hispanic. And he was staying at a nearby high-end hotel. And he wanted me to come by.

I would say he was in his 20s. 26 at most. 5'9" or so, proportional weight. And he was cute as fuck with untamed black hair and black eyes full of fire.  He had a decent dick, but nothing outstanding.

The hotel was nice, the room was nice, though there were clothes everywhere. When I travel like this, I rarely even unpack the suitcase and just go in for what I need. As it turns out, some of these things were his brother's.  Allegedly, he could come back at any time.

This intrigued me more than it deterred me. Meaning: it didn't deter me in the slightest but no worries, he never showed, which is a shame. I was happy to put on a show for the big brother.

"Miguel" was versatile and I knew that going into this whole thing. I am also smart enough to know that he mostly wasn't going to be the top, but I was hoping to give him head.   .....and I did......and didn't.

I mean, certainly, I have him head. Just not enough to get him off. 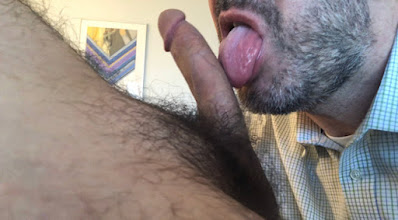 He pulled me off and came at me with passion. Lips to lips.  I think he was trying to keep himself from coming because it was not to be the main event for him.

The main event was to be my big white cock up his cute brown butthole.  Well, the skin was brown. The butthole, as it would turn out, was clean.

Yeah, he sat on "daddy's" dick. He rode me and I fucked him.

But then it was time to get down to brass tacks.

I loved him played on the bed, getting railed by a perfect stranger - and of course, this is the moment I wish his brother walked in. Nothing to stop me, nothing to pretend that his brother didn't want it like this. And of course, having an audience is always fun for me.

Alas, it did not happen.